Hazel secretly slipped one of her pancakes into her playful puppy, Meatloaf’s bowl. Almost as if her mother, Lily, was able to see through the table she immediately shouted, “Meatloaf’s on a strict diet! Only dog food, I thought you’d know better Hazel!” “Sorry mom, he just looked hungry, but I know it was wrong.” Hazel explained carefully to her mom. Hazel is the average height for her age. She is ten years of age. She has braces and long auburn hair, unlike her mother’s golden curls and father’s blond hair, she didn’t look much like her parents at all and never met any of her other family so she always wondered where her different features had come from.

As Lily scooped the remains of Meatloaf’s illegal breakfast, he scampered off to the bed he shared with the stray. The stray cat had appeared on Hazel’s family’s doorstep only weeks before. Hazel had taken the cat in, and started calling him Mr. Whiskers. He really seemed to like her, almost as if they had a special connection.

A vibrating sound interrupted Hazel’s thoughts. She looked down and read: Outside, should I come in. It was from Hazel’s best friend Faith. She thought a moment and then texted back: Sure I’ll grab my things.

Hazel ran to say goodbye to her parents. Her mom’s desk was laid with a 6th grade math book (she’s a sixth grade teacher), a smiling cupcake (don’t ask), and her “old-fashioned” phone which she refused to update. The room was lit by the desktop lamp.

“Make sure you’re home for dinner, I’m picking up Thai food, your favorite.” said her mom, Lily. “Love you sweetie, have fun.” her dad, Henry said.

“Are you ready,” said Faith.  Faith was a tad smaller than Hazel, but was still ten years old. she had long blonde hair and hazel eyes, Hazel found this fascinating. “Yep all ready” Hazel said grabbing her longboard. Hazel had tried a shortboard skateboard like Faith’s, but had no luck. Her skateboard was one of her most prized possessions.

Time seemed to fly and before long they parted ways on the ride home.

Hazel opened the door and before long appeared in the living room.

She fed her pets their flavorless legal food.

She called to her parents, expecting the smell of Pad Thai, but no one answered, and there was no usual Pad Thai smell. Then she spotted a note on the table in her mother’s handwriting, but it looked rushed. She picked the note up and read: Hazel, After 10 years of hiding, they’ve found us. We had to make a run for it. We couldn’t have escaped with our lives if we came back for you. This place is no longer our safe home. Get some sleep, eat whatever’s left, we’ve arranged passage for you to go to a safe home, just until all this is settled. We’ll then come back for you, we promise. Do not call the police, lock all the doors, all the windows. No need to pack your bags, we’ve dealt with that too. Leave the pets, they’ll manage on their own. I know this is a lot to process, but do as we say and you’ll be safe. We love you Hazel and look forward to seeing you soon, Mom and Dad. Hazel read it over another time, and then another.

Comment what you thought bellow! Look out for part 2, coming soon.

Above you will see the official poster for my first ever photostory series, Enchanting Enchantresses. Look for the first episode, coming out soon!

The cast for season one: episode one-two is:

and Isabelle as Faith

That’s it for now, keep your eyes peeled for Episode 1 coming soon.

Let your dolls inspire your creativity! 🙂 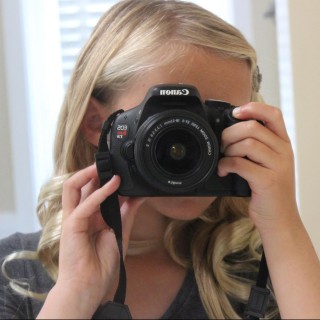 Hi! My name is Shannon and I love all things doll! I also love writing and photography, ideal for any blog.... Some hobbies of mine are surfing, skating, and reading. Let your doll inspire your creativity! :)

Who I’ve traded buttons with: